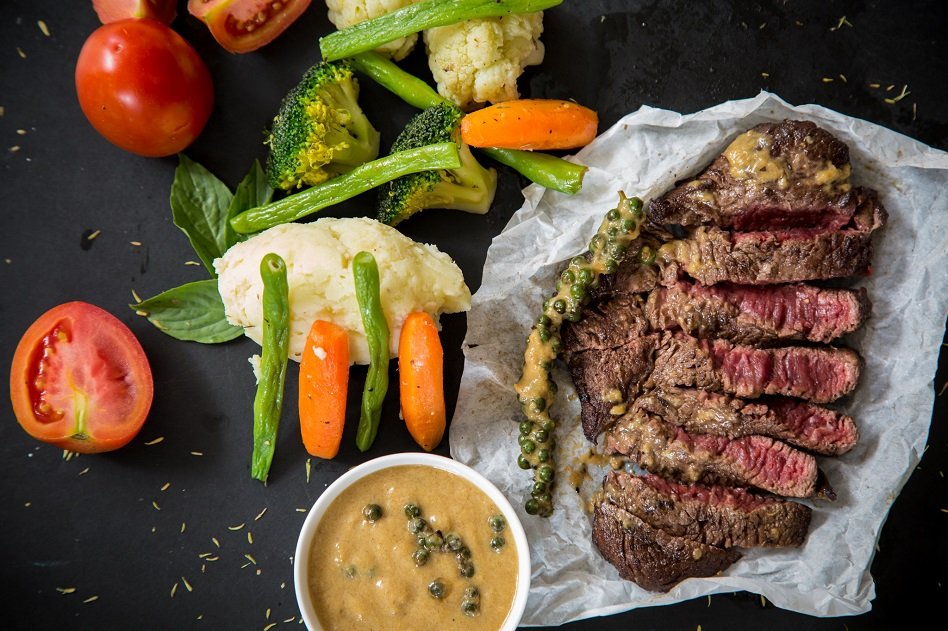 Smoked beef brisket is an extremely popular cut of meat. It takes hours to smoke, but it’s worth it to get such juicy and tender meat. However, even the smallest brisket weighs around 3 pounds, so the chances of you having leftovers are quite high. So, what do you do with them (maybe reheat the briskets)? A plain sandwich is fine, but there are more exciting things that you can do (like beef brisket injection) with them and we will be giving you 12 ideas here.

Why not use some of your leftovers for breakfast the very next day? It will make a change from simple bacon and eggs. To make this dish, first fry onions until they are translucent and then add a couple of cloves of garlic and a diced red bell pepper.

After a minute or so add 32 ounces of diced hash browns and cook for 15 minutes. The next step is to add the star of the show, the brisket. It is best to shred it and then add it to the pan. Cook this for 6 minutes. This time can be used to fry the eggs. Finally, you can plate up. Put the hash brown mixture on the plates and place a fried egg on top. This meal will set you up for the day and you probably won’t need lunch. You can serve it with a barbecue sauce or even ketchup.

If you are looking for a light lunch, serve cold brisket with a salad. A good choice of salad would be baby greens, steamed asparagus, and sliced blood oranges. Pour a vinaigrette dressing over the salad. Another good choice is a strawberry and spinach salad served with a honey cinnamon dressing. The dressing is made by mixing olive oil, honey, cinnamon, lemon juice, mustard, and salt. A simple Greek salad would also be good. This is made from sliced tomatoes, cucumber, and bell peppers, as well as feta cheese and olives. Lightly dress with olive oil and you have the perfect accompaniment to leftover brisket.

Before adding the brisket, make the chili. The first step is to sauté sliced onions and minced garlic. Add a can of tomatoes and a can of either kidney beans or black beans and heat up. Finally put in chili pepper to your taste, cayenne pepper, cilantro, and cumin. Simmer for around 20 minutes and then add the shredded brisket. Cook until hot. This goes well with rice and sour cream.

In the UK shepherd’s pie is made with lamb, but in the US, it is made with beef. Brisket is a good replacement for either. For the topping, you will need to make mashed potatoes. For the pie, sauté onions, celery, and carrots until the onions are translucent. Then add garlic. Mix in either a can of tomatoes or even better marinara sauce. Season. Put in ½ cup of broth, peas, and sweetcorn and then add the brisket. Put this mixture in a dish and top with the mashed potato. Cook for 30 minutes on medium heat.

Tacos are a great finger food and also make a quick and easy lunch. You can warm up the brisket or leave it cold, whatever you prefer, and add ingredients of your choice. Make it Mexican with the addition of guacamole, sour cream, and salsa. A sprinkling of a spicy Mexican cheese will spice things up as will slices of jalapeno peppers. Alternatively, go American and add pickled onions, gherkins or other pickled vegetables, slices of hard-boiled eggs, or sliced white onions. You can slather these fillings with barbecue sauce or mayonnaise.

This is a remarkably simple lunch dish, or it can be served to guests coming over for a drink. Slice and grill a baguette. Add some barbecue sauce to the meat and then put this on top of the sliced bread. Pipe creme fraiche on the top and sprinkle over parsley. An alternative to the crème fraiche would be pesto, giving it the Italian twist, or you could sprinkle mozzarella cheese on top of the brisket and melt the cheese underneath the grill.  Another option would be to put sun-dried tomatoes on top of the brisket.

Another great lunch dish is brisket empanadas and they could also be served as an appetizer or finger food. What you need to do is get some store-bought puff pastry or you can make your own, although puff pastry is complicated, and you probably just want to have a quick snack made with leftovers.

To make the filling for the pastry, put shredded brisket, slices of sweet bell peppers, sliced white onions, jalapeno peppers for spice, and barbecue sauce in a pan and cook until the peppers and onions are soft. Blitz this mixture in a food processor a couple of times. You don’t want to do this for long as you don’t want a paste. You need to still have some pieces of meat and vegetables in the mix.

The next step is to cut the pastry. What you need are squares measuring 3” by 3”, Put a tablespoon of the filling into the center of the squares and then take one corner of the squares to the opposite side so you have a triangular shape. Seal the edges and cook on medium heat for about 20 minutes. If you want to make it into a more substantial meal add some fries on the side.

There aren’t many people who don’t like pizza. It’s a popular food which is often ordered in. Why not make your own with some leftover brisket? You don’t even need to make your own dough. Most stores sell pizza bases.

You can just put on a tomato pizza sauce, but it’s also nice to mix it up with some barbecue sauce which goes well with the brisket. Fry some onions and bell pepper slices and put them on the pizza base, followed by shredded brisket. Finally, sprinkle over a mixture of smoked cheddar and mozzarella and bake in a medium-hot oven for 15 minutes. Serve with a salad of rocket, tomato, and mozzarella.

If you are having friends over for a drink, why not make this dip with some of your leftover brisket and serve it with tortilla chips or pitta bread.

Mix the shredded brisket with a can of diced tomatoes, Season to your taste. Put this in a baking dish and cook at 450F for 10 minutes. Then add shredded Mexican Munster Cheese or a cheese of your choice and bake for another 10 minutes or until the cheese has melted. That’s all there is to it. Your friends will love it.

This sandwich is so much better than a plain sandwich with shredded brisket and barbecue sauce. It is a delicious comfort food.

All you have to do is butter 2 slices of bread. On the unbuttered side of one of the slices of bread put lots of shredded cheddar cheese. Top this with a layer of shredded brisket and finally put a layer of shredded Monterey Jack cheese on top of the meat. Finally put on the other slice of bread, unbuttered side down. Put a pan on the stove and heat up to medium heat. Put in the sandwich and cook until both sides are golden brown, and the cheese has melted.

Here we have another breakfast dish which can easily be made the morning after the night before. It only takes 20 minutes to prepare and cook. You will need to put barbecue sauce all over the shredded brisket. Then get a tortilla and put down a layer of Colby Jack cheese followed by a layer of the brisket, and finally another layer of the cheese. Spray a pan with oil and then put this tortilla in it. Cover with another tortilla and spray on more cooking oil Cook this over medium heat and flip when the first tortilla is a golden brown. Do the same with the other side. When the cheese starts to melt take the quesadilla out and enjoy.

This is another dish that is good for breakfast or brunch. Baked beans are a great favorite of many people and they are full of goodness. Mix together a can of baked beans, a chopped onion, mustard, molasses, shredded brisket, ketchup, a diced red pepper, and jalapeno peppers. How many jalapeno peppers you put in is up to your taste buds as they are spicy. Bake this mix for 45 minutes. If you want, you can add some shredded cheese 10 minutes before the end of cooking. Serve with fresh warm bread.

We hope that you have found these recipes inspiring and that you will try some of them out when you have some leftover brisket. We don’t think that you’ll be disappointed with any of our recipes.

We have more recipes and guides. Check them out: