Should You Cook Brisket Fat Up Or Down? 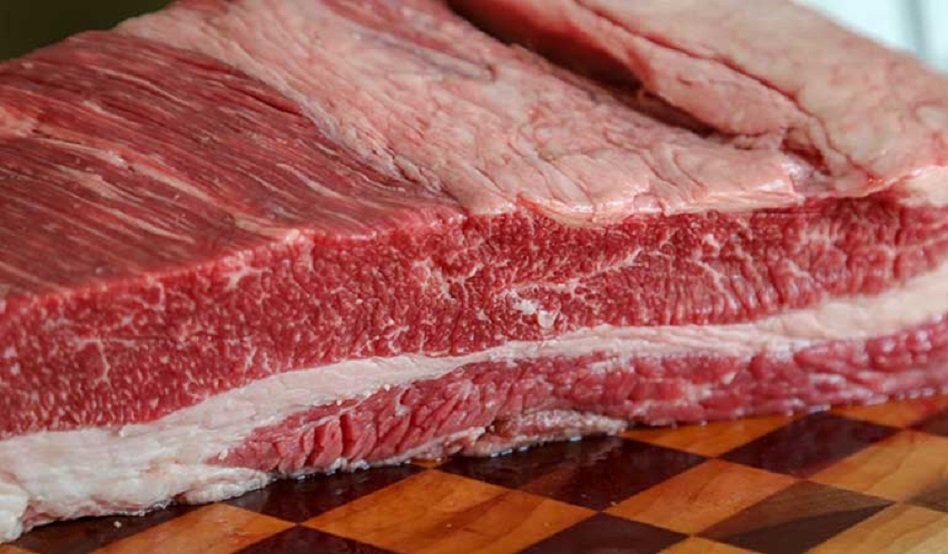 Should you cook brisket fat up or down (and should you inject a brisket) is one of the burning topics in the BBQ world that has been heavily debated. Every brisket recipe around advises that you should leave a fat cap on your meat for its flavor and protection. However, rarely will it say whether to cook the brisket with its fat side up or down.

For many years, people say that the way to smoke a brisket is with the fat side up. According to theories, melting the fat cap on the brisket will baste it in moisture while keeping the meat from drying out. But there are plenty of smokers winning in major BBQ competitions smoke their meats with the fat side down. Meanwhile, some flip their brisket every couple of hours.

So which way should it be? A brisket has two sides, the meat side, and the fat side. Also smoking a brisket can be considered as an art. And just like with any form of art, each technique has variations. In today’s article, we’ll take a look at the advantages and disadvantages of smoking brisket fat side up or down. Let’s dig in!

As mentioned, a brisket has two distinct sides. One side is bare meat, while the other is covered in fat. Moreover, the meat is also comprised of two distinct muscles, the point and the flat.

The pointed part is usually covered in a much thicker fat. On the other hand, the flat part has a thinner layer of fat covering it. Sometimes, pitmasters will slice the brisket meat in half before cooking it. However, it’s often best to leave it as a whole.

Hence, the main point of the discussion is which way should the fat be facing throughout the smoking process to get the most out of what the meat has to offer (even when it’s reheated).

The answer to the questions of should you brisket fat up or down is easy for some pitmasters and cooks, as they choose to cook with the fat side up. The reason for this is that they believe that the melting fat will not only baste the meat but will retain its moisture as well. Meanwhile, others believe that as the fat braises the meat, it will work its way through the entire brisket.

Is there are truth to this though? Scientifically speaking, fat will not be able to penetrate your brisket. Once it melts and becomes liquid, it will simply run off the sides of the meat and then drip into your smoker’s pan.

Also, it will take along with it the rub or marinade you added during prep time. As a result, this can help prevent your brisket from drying on the side it’s on, whether up or down, but not the whole meat.

You can test this hypothesis by grilling a steak and slathering it with plenty of butter to see how much butter it’ll absorb. But basically, you’ll soon see the butter melting and running off the side.

Another myth that you’ve probably heard is, as your brisket cooks, the fat also breaks down, which, in turn, makes it juicy and tender. In reality, it’s the collagen content of the meat that breaks down that tenderizes it and not the fat.

Collage is a connective tissue found in meats. This is what holds the muscle fibers together, which will take a long and slow cooking process to break down. Because of this, you’ll notice that pitmasters tend to smoke their briskets at very low heat, usually 225F, for hours and hours. This will allow the collagen to have ample time to break down and for the meat to become tender.

Is There Actually Braising Going On?

This cooking method is where you start by searing your meat. Then, you’ll simmer it slowly in a covered pot with flavored liquid. When you’re smoking brisket, it is usually done on the grill grate minus the pan. Therefore, braising is out of the picture. Also, you fry with fat and not braise with it. So when you hear someone say that the fat is braising the brisket, they got it wrong.

Cooking Brisket Fat Side Up

One of the things you need to know when cooking your brisket fat side up is that its fact serves as a heat guard protecting your beef. So if you have a grill with the heat source coming mostly from the top, like with most horizontal offset smoker, then it’s best to do it with the fat side up.

Your brisket can get dry for the unprotected bottom. Hence, you need to regularly check your meat to ensure it doesn’t dry out too much. Typically,  you can get a nice BBQ bark form this technique. Nonetheless, if you see your meat begin to dry out, simply wrap it in a foil or paper, then let it finish its cooking time.

Cooking Brisket Fat Side Down

A lot of people prefer smoking their brisket with the fat side down. One of the reasons for this is to probably protect their meat from burning, especially if your source of heat is below. This applies to Kamado, bullet, and vertical smokers, which are the usual smokers you’ll see used at home and competitions.

Another reason for smoking brisket fat down is the fact that fat does not absorb smoke as much as the muscle part of the meat. During smoking, some pitmasters even spray their brisket with juice or water occasionally

According to them, this can help keep their meat moist, but mostly to allow the smoke to adhere to it as well as produce a better bark. Thereby, the fat cap must be down to enable them to easily spritz the meat side on top. For some, they can achieve a better bark formation even without spritzing and the meat side up.

Lastly, fat will not stick to the great. So cooking brisket fat side down will ensure that you don’t ruin your presentation.

Brisket flipping is a compromise. For the first half, some cooks like to start smoking with the fat side down. Then, they’ll flip the brisket for the remaining cooking time. They believe that doing so will give their meat a uniform bark and let their spice rub penetrate the meat.

Brisket flipping is also a good idea at times, especially if your smoker grill has hotspots. It’s also ideal if it has uneven temperature, from both sides or from bottom to top.

If one side of your smoker produces more heat, then your brisket on that side will cook quickers. This can also dry it out faster, which can leave you with overcooked meat before the other side facing the cooler part of the smoker is done.

This scenario is actually a common issue in some offset smokers the part facing the firebox is hotter. So rotating and flipping your meat when cooking low and slow is a superb option to ensure balanced exposure to higher heat, which will even out the cooking.

Additionally, this will enable one side of your brisket to rest and absorb moisture while it’s not facing the heat, particularly in horizontal smokers.

Does It Matter Where The Heat Is Coming From?

The simple answer is yes. You’ll know the answer on should you cook brisket fat up or down right away when you know where the source of your smoker’s heat is coming.

Most smokers have heat coming from the bottom. Thereby, the way to go here is cooking with the fat side down. Still, there are some exceptions to keep in mind.

For instance, a horizontal offset smoker that has heat from the top. So you want to utilize the insulative qualities of the fat cap to shield your brisket from the top. Therefore, it’s better to cook with the fat side up.

So before smoking your brisket, check your cooker first to see where its heat is coming from. This will help you determine how you want your brisket to sit inside its cooking chamber.

If you’re interested in steaks also, check our articles: