The BBQ Stall: A Guide 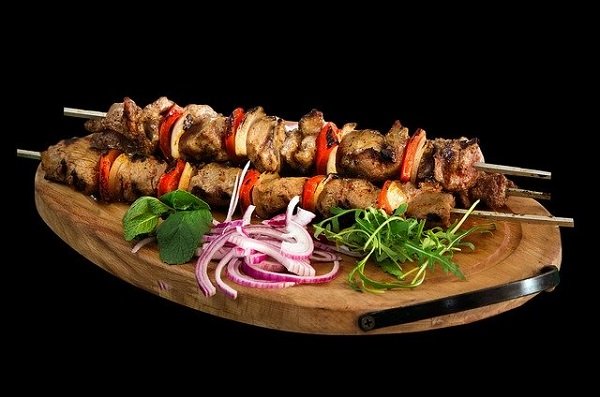 Dub as the plateau, the zone, and many other names, the BBQ stall is something that freaks a lot of pitmasters out there.

Imagine this. You have the perfect chunk of beef brisket for low and smoke cooking. Then, you place it inside your smoker while dreaming of the juicy, smoked to perfection meat you’ll feast later. And, of course, you insert your top-notch thermometer probe, stabilize your grill to around 225F temperature.

All is set. So you go about your business while waiting for your meat to cook and your guests to arrive. For a couple of hours or so, the rise of the temperature is steady. And then the dreadful stall happened. For hours, the temp hardly rises a notch and even drops a few degrees sometimes.

You check on your meat thermometer but the batteries are fine. There’s nothing wrong with the smoker’s built-in thermometer as well. Meanwhile, your guests are starting to arrive one by one, but your delicious brisket is not even on the verge of hitting the perfect 203F mark.

As you start to panic, your guests are getting hungry as well. So what next? Fortunately, you don’t have to experience the stress that comes with a barbecue stall. In this the bbq stall guide, we’ll take a look at the causee of this and what you can do to beat it.

What exactly is the BBQ stall?

The term BBQ stall refers to an episode where the temperature of a large piece of meat you’re cooking, such as brisket or pork shoulder suddenly stops rising.

The barbecue stall usually lasts for up to six hours. Then, you’ll see the temp starts to rise again. It will not matter if you set your unit to 225 degrees F. You won’t see your analog or digital thermometer will not move an inch. If it does, it will simply go down to a few degrees.

So why does a barbecue stall happen?

Some theories are making its round in the smoking world as to why specific meats experience a stall while you’re cooking them. Likewise, some people have conducted different tests to specifically determine the reason behind the stall.

One of the tests showed that evaporative cooling was the most probable culprit. Here’s how it goes:

Simply put, while you’re sweating away from stress due to your meat’s temp not going up, well so does your brisket. This means that your smoker’s rising temperature evaporates the moisture in your meat.

As the evaporative cooling process balances the heat generated by the fuel of your smoker, the meat temperature stalls. This typically happens between 150 F and 170 F.

This will depend on the type, size, and shape of your meat, as well as its moisture content, rub or injection, and surface texture. Several aspects of your cooker will also play a role in this, including fuel source, water pan, airflow, and humidity.

Unless there’s enough moisture evaporated, the temp of your meat will refuse to climb up again.

How long does a bbq stall lasts?

The worst part of it all is that it seems like the stall is never-ending. How long it will take will depend on the size of your meat and a plethora of other factors:

The size of your meat. In general, the larger the cut of your meat, the more water it contains. Hence, the longer it can stall. Additionally, more moisture will evaporate if it has a larger surface area.

Most beginners to smoking meat panic when they experience this. So what they’ll do is either crank up the heat or transfer their pork shoulder or brisket to a hot oven.

On average, the bbq stall lasts for 4 hours. Nevertheless, it can take anywhere around 2 to 6 hours.

What are the cuts or types of meat prone to stall?

Avoiding a barbecue stall is not as simple as cooking a different kind or cut of meat. There are two reasons for evaporative cooling, causing the stall:

The bbq stall is caused by the combination of low temperature, the meat’s high water content, and its size. You will mostly experience this when smoking pork butt and brisket.

What can I do when the barbecue stall happens?

Now that you have a better understanding of what a bbq stall is, you know that it’ll pass all the time. Thankfully, just the moisture nearest to the surface is affected by the evaporation. So even if you wait out the stall your meat will still retain its moisture because of all the fat, collagen, and proteins inside it.

Nonetheless, knowing the exact length of a barbecue stall is hard to determine. This makes it challenging to set your dinner time. Nobody wants to wait for hours when you could already be enjoying a sumptuous brisket, right?

With that in mind, here are some ways on how you can beat the bbq stall:

Texas Crutch is probably one of the most popular terms in the barbecue world. Basically, the trick here is to wait for the right time to wrap your delicious piece of meat with 2 layers of heavy-duty aluminum foil. Then, add a little liquid to it, such as wine or apple juice, and place it back in your smoker.

Wrapping your beef brisket or pork butt tightly in aluminum foil can help prevent evaporation cooling. The reason for this is because you’re trapping heat, resulting in the temperature of your meat to continue to rise until it hits your target temp.

This is a little similar to doing the Texas Crutch. You also have to take your meat out of your smoker at the start of the bbq stall. Then, wrap it up with the pink butcher paper, and place it back in the cooker.

One of the benefits of using this instead of foil is that it allows your meat to breathe. This means that both heat and smoke can pass through. As a result, it’ll impart your big chunk of meat with flavor while building up that oh so important bark.

The process will not speed up your cooking time as much as using a foil would. Nonetheless, it will still be a bit faster than waiting out the stall.

The environment where you’re cooking can also cause you to lose smoke and heat. So if things are going out of your cooker, there are also things go in, including moisture in the air.

What you want to do is to check if your smoker is sealed tightly. You won’t experience as much barbecue stall with a tightly sealed unit in comparison to a drafty one.

If you notice your smoker has some obvious gaps, you can use products that can withstand high temperatures like gaskets to fill them. However, this can impact the bark formation on your favorite meat.

It is shown that the barbecue stall phenomenon is unique to the low and slow cooking process. You will not see this occurring when cooking at medium or high temps.

To resolve this problem, some chefs crank up the temperature as high as 300 to 350F. This is beyond the traditional temperature of smoking pork shoulder or brisket, which is 225F. Some say that this neutralizes the stall entirely and speeds up their cooking time significantly.

However, some pitmasters are skeptical of this smoking method. So it’s still your call if you want to try it at least once.

We hope that this the bbq stall guide has provided you with a greater understanding of it. By following the tips we have here, you’ll be able to overcome and beat the stall every time.