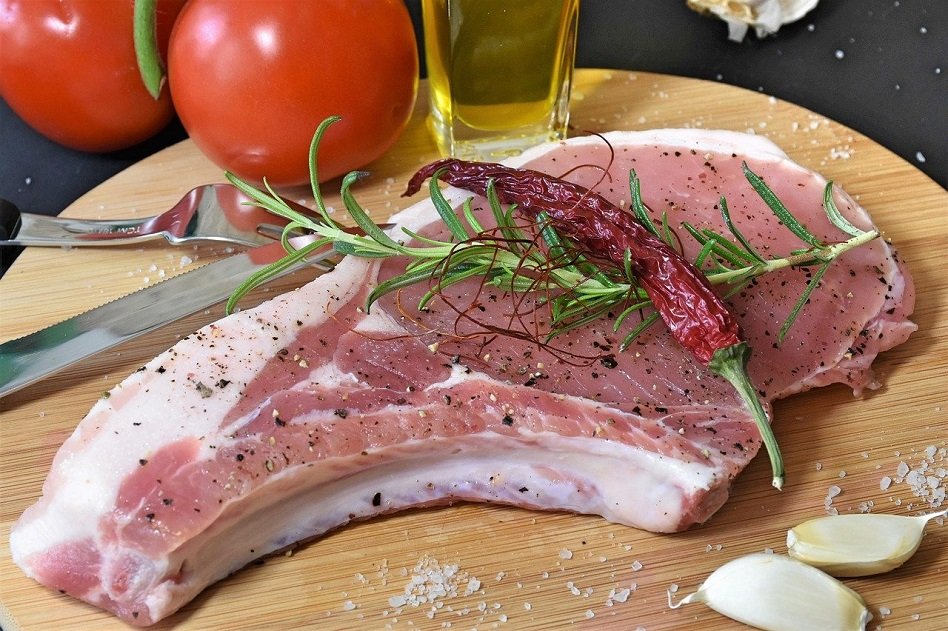 When talking about pork ribs, many people will think about spare ribs, but there are four different types of pork ribs, baby back ribs, spare ribs, St Louis cut ribs, and rib tips. A pig has 14 rib bones all of which are attached to the spine (and all preheated ribs are excellent). The type of rib is determined by the area of the ribcage that it comes from and the way it is trimmed. In this article, we will be taking a look at the different ribs, their characteristics, and how to cook them.

Baby back ribs are 3 – 6 inches long and they bend at the top where the ribs meet the spine. They are leaner than spare ribs.

When you go and buy baby back ribs, try and find some that are at least 1 inch thick as you want to get as much meat as possible. When you are ready to prepare them for cooking, trim off any bits of meat dangling from the bone. The next step is to remove the tough membrane. If you don’t remove it, you will end up with tough meat which has less flavor. If you are smoking your ribs, the membrane will stop them from fully absorbing the smoky flavor. To remove the membrane, slide the tip of a knife under the membrane and over the bone. The best place to start is on one of the middle bones. Then, with the help of a paper towel, peel the membrane from the ribs.

How to Cook Baby Back Ribs

One of the best ways to cook baby back ribs is in a smoker. You can choose your favorite flavor of wood chips like hickory, mesquite, or apple.

Preheat the smoker to 225F. Meanwhile, make a dry rub for your ribs. This could be a mixture of brown sugar, salt and pepper, and spices of your choice. Rub it on both sides of the ribs and then place them in the smoker, bone side down. Depending on the thickness of the meat, they will take somewhere between 4 and 5 hours to cook. The ribs are ready when the internal temperature is 145F. Every hour brush the ribs with a mop sauce to give them moisture, flavor, and tenderization. A mop sauce is usually made with vinegar and some seasonings, usually what you have put in your rub. At the end of the smoking process, brush the ribs with a barbecue sauce and cook for a couple of minutes on each side until the sauce is bubbling. This gives the ribs a crusty top.

The most popular cut, the spare ribs come from further down the side of the animal than baby back ribs and they go right down to the breastbone. They are also called spares or side ribs. They have a rich flavor, perhaps more so than baby back ribs, but that is a matter of personal taste.

Spare ribs are straighter than baby back ribs and are also flatter. At one end is the marrow and at the other end, the ribs taper away. Where they taper away, you will find a slab of meat, together with some gristle and cartilage. They are not as meaty as baby back ribs, hence their name. The belly of the pig is used mainly for bacon and spare ribs are cut close to the bone so don’t keep a lot of meat. Because of this, they cook more quickly than baby back ribs.

How to Cook Spare Ribs

Spare ribs can be cooked just as well in the oven as in a smoker. They need to be prepared in the same way as baby back ribs. After you have removed the membrane, cover generously with a rub of your choosing. Smoked paprika helps to bring out a strong grilled meat flavor.

Preheat the oven to 250F. Cover your ribs in foil for the first half of the cooking time. This helps to stop your meat from drying out. Once you remove the foil, baste with a mop every 20 minutes or so. When the meat breaks away from the bone, baste with a barbecue sauce 2 or 3 times and turn the oven up to 350F. It needs basting more than once to create that rich crunchy bark which you would get in a smoker. However, don’t drown the ribs in sauce otherwise it won’t get crispy skin. If you particularly want crunchy meat, add more sugar as it will caramelize. Sauces with mustard can be overpowering so go carefully. A thick sauce is better as thinner sauces won’t get as sticky and the ribs won’t have a glazed texture. Turn the ribs over and rotate them when you baste. The ribs should take between 2 and 3 hours to cook. If you want an extra smoky flavor, add a couple of drops of liquid smoke.

St Louis cut ribs can be smoked or baked in the oven, but we are going to tell you how you can cook them in a grill. As with the other cuts, first put a rub on the ribs. This can be placed on the ribs up to 8 hours before if kept in the fridge.

Preheat the oven to 350F. The best way to cook the ribs is by using indirect heat so if you have a gas grill, just light one side of it and put the meat on the other and if you have a charcoal grill, make sure that the lit coals are just underneath one side of the grill. Put the rack in the grill, bone-side down, and cook for half an hour. Then mop the ribs with apple cider vinegar for a tangy taste or apple juice for a sweeter taste. Take the ribs out, wrap in aluminum foil so that they will steam. Put back in the grill and cook for another half an hour at 375F. Turn the heat down to 250F and remove the ribs from the foil. Cook them for another half an hour, basting each side with your favorite barbecue sauce every 5 minutes. Allow them to rest for 10 minutes before slicing and serving.

Rib tips used to be thrown away but are now used. They are the small bones and cartilage that connect the front ribs to the breastbone. They measure 8 – 12 inches long and are 1 – 3 inches wide. Because of the cartilage, they are chewy and are usually served in chunks. You can buy a full spare rib and trim off the rib tips yourself or a good butcher should stock them. They make excellent appetizers and are also often used in Asian dishes.

How to Cook Rib Tips

Rib tips can be cooked on the grill like the St Louis cut, which is with indirect heating. After you have put the rub on, cook for 20 minutes with the lid closed. Then flip and mop the ribs every 20 minutes. Grill for around 2 and a half hours or until they have reached a temperature of 145F. You can wrap them with aluminum foil as in the St Louis cut method.

Other Types you May Hear Of

Over time other names of ribs are made up and often vary by location, for example, back ribs and loin ribs. They both refer to baby back ribs. Kansas style ribs are like the St Louis cut, but they aren’t trimmed as closely. Riblets are made by cutting a full slab of ribs in half. Button ribs are similar to rib tips but are from the side of the spine.

We hope that you have found this article interesting and informative and that you now feel capable of cooking a stack of ribs, whichever cut you choose. We hope you have a great summer cooking ribs for friends and family.

Find what you’re looking for? Consider reading other articles like:

How To Use An Offset Smoker

How to Reheat Ribs