Chorizo Vs Sausage: Is One Tastier Than The Other? 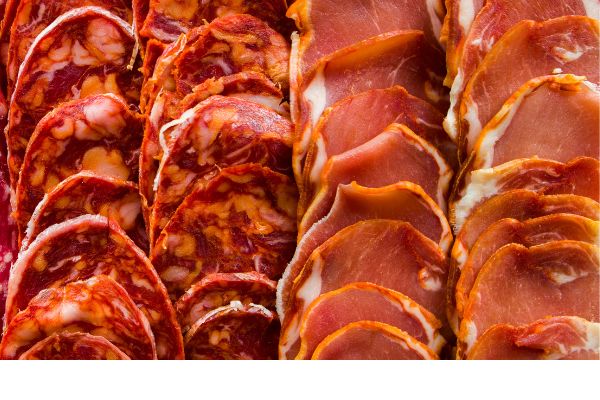 While both may be the same shape, it can be pretty tricky to tell the difference between chorizo and sausage. On top of this, you might be wondering which is tastier. Italian sausage or standard pork sausage. Thankfully, this article will tell you all you need to know about fresh chorizo and pork sausages.

Chorizo, for those that do not know, is Spanish or Mexican pork that has been properly cooked and cured. Alongside this, chorizo can come in a variety of options such as Mexican chorizo, Spanish chorizo, and chorizo with varying levels of spice. Chorizo is commonly described as a spicy sausage but is actually a lot more complex than that. While it may be somewhat spicy to some people, there are a lot more herbs and flavorings in chorizo than just spice alone.

Chorizo can be sliced thin and added to sandwiches, or can often be seen either at breakfast or in a larger meal. Chorizo is not normally the main event of a dish, unlike pork sausages, yet it can easily be used as a starter or as an ingredient for a side dish.

Chorizo falls under the category of smoked sausage and resembles hot Italian sausage, yet it is more complex than Italian sausages and will have a drastically different look and flavor.

As previously mentioned, chorizo can come in different variations depending on how the meat was cooked or prepared. These variations are labeled and titled after a specific country in which they are most popular or originate from. The three main types of chorizo are;

Spanish chorizo is a cured and hard sausage that has been made from coarsely chopped pork. It is heavily seasoned with paprika to such an extent that it has a red color solely because of the smoked paprika. The paprika sometimes changes to be sweet or spicy, but it will always impart a deep and smoky flavor. Other ingredients commonly used are garlic, white wine, and various spices.

The sausage has been cured. This means it has purposely been aged for a few weeks and can be eaten without being cooked first. The chorizo is commonly used as an addition to a meat tray but can also be used for flavoring other dishes such as a stew or paella. Chorizo that is fattier will typically be used for cooking whereas the leaner pieces are used for eating alone. The natural casings are edible on all types of chorizo.

One of the main differences between Spanish and Mexican chorizo is that Mexican chorizo is ground instead of chopped. This creates a very different texture which is further attributed to the fact that the meat is fresh instead of being cured. While Spanish chorizo gets the red color from paprika, Mexican chorizo uses spicy red pepper, which adds to the spicy flavor while also coloring the meat.

Alongside the pork, spices, herbs, vinegar, and pork fat are added to the meat mixture before being sealed in the natural casing. Mexican chorizo is sold raw and must be cooked before eating, which is why it is important to know how to distinguish this from Spanish chorizo. If you eat this raw while thinking it is cured and safe to eat, you may end up feeling unwell.

The casing for Mexican chorizo is similar to that of the other kinds, however, it can be removed if the consumer wants to do so. This allows you to use the Mexican chorizo as a substitute for ground pork in dishes such as tacos, nachos, and fajitas.

Portuguese chorizo is a general translation of the Portuguese sausage known as chourico. This is very similar to chorizo but it is a lot spicier and made with garlic and salt as additional ingredients. Alongside this, it is also dried after being encased. Other spices used in this are white pepper, peri-peri, cumin, cinnamon, and black pepper.

Can You Interchange Chorizo?

Another huge reason why you should not interchange the types of chorizo is that Mexican chorizo is uncooked and needs to be cooked before it is eaten. This means that if you try and use Mexican chorizo instead of Spanish chorizo, you may accidentally eat it without cooking it which can lead to food poisoning and feeling generally unwell.

How Is Chorizo Different Than A Pork Sausage?

While it may sound like a complicated sausage, the two are actually very different. Standard pork sausages that you find at the store are very simple and tend to only have ground pork in them. There are some variations that contain pepper and onions, and some even have apples in them, but other than that, it is rare to see much of a difference.

Chorizo, on the other hand, can vary in flavor and texture so much. No type of sausage comes close to the level of flavor that chorizo can hold. On top of this, chorizo can be cured, dried, raw, and can be sliced, and grilled. Pork sausages are only typically sold when they are raw and frozen or chilled.

Chorizo is a big part of Spanish-American cuisine and differs a lot from normal sausages. Spanish chorizo is a food that is closely linked to Latin America as the methods used are similar to Spanish dishes. Mexican chorizo is quite different from this as all the flavors and methods are from Mexico.

How Do They Both Taste?

As mentioned, all types of chorizo can come in different flavors and variations thanks to the spices used and the cooking methods. This can make it difficult to compare them with pork sausages. Fully cooked pork sausages are not flavorless in the slightest, but they are quite subtle. You have the flavor from the meat and some slight char flavor if you have grilled them but other than that, there is not too much there. Even if you buy the sausages that have onion and pepper, or apple in them.

Chorizo contrasts this a lot as it comes with a much more bold flavor that can border on being mildly spicy or overly spicy. This is sure to excite a few people who like a kick to their food but chorizo is not just used for being spicy. They can be made with smoked paprika and a whole array of other herbs and spices which gives chorizo a depth of flavor that sausages cannot have.

Does One Taste Better Than The Other?

While there is no overall verdict, the choice between the two lies completely in your hands as you have to take into account what your uses for them are and what flavors you are hoping to achieve. If you are wanting something more versatile and adaptable that you can use in a plethora of recipes and dishes, a pork sausage will be fine as it will present its flavor but also meld with the other flavors you are trying to use.

If you are wanting a big flashy spice-filled dish to explode a flavor-bomb in people’s mouths with every bite, chorizo is arguably better as it is already spiced and seasoned and will be able to create a flavor that normal pork sausages cannot.

FAQs On Pork Sausages And Chorizo

Which is healthier chorizo or sausage?

Neither option is unhealthy as they both have a good balance of fat and protein. Arguably, pork sausages are generally healthier as it is lean meat whereas chorizo sometimes has extra fat added to it to help the flavor and texture.

Can you substitute chorizo for sausage?

Chorizo can be substituted for sausage, but only if the recipe works. Chorizo is a much bolder flavor than sausage and could disrupt the balance of your dish if you throw it in without caution. Chorizo can work in simple dishes where the sausage was going to shine anyways, but a complex dish that relies on pork sausage may be ruined by chorizo.

Is chorizo the same as pork sausage?

Chorizo is not the same as pork sausages, despite being similar. Chorizo is still pork meat but it has been seasoned, spiced, and sometimes even cured to have a different flavor and texture than standard sausage meat.

What to Serve With Butter Chicken

What To Serve With Scallops? 25 Delicious Side Options