How Long Can Shrimp Stay in the Fridge? – 5 Different Types Compared

Shrimp is a delicious variety of seafood that is guaranteed to bring in some wonderfully unique taste and texture. This is due to how shrimp can simultaneously bring rich salty, meaty and slightly sweet tastes whilst being deliciously tender. Whether you see shrimp as a meat product or not, this is truly a wonderfully scrumptious protein that will pair well when served with a variety of different dishes. That said though, you may find yourself unsure of how to store your leftover shrimp and be uncertain of its shelf life. As such, you may be wondering how long can shrimp stay in the fridge?

How Do You Tell When Shrimp Has Gone Bad?

When it comes to discussing how long you should store your shrimp it is of course important for you to know how to identify when your shrimp has turned bad. As such, before you eat any shrimp that you have stored in the fridge or freezer you should be certain that none of the following signs is not present: 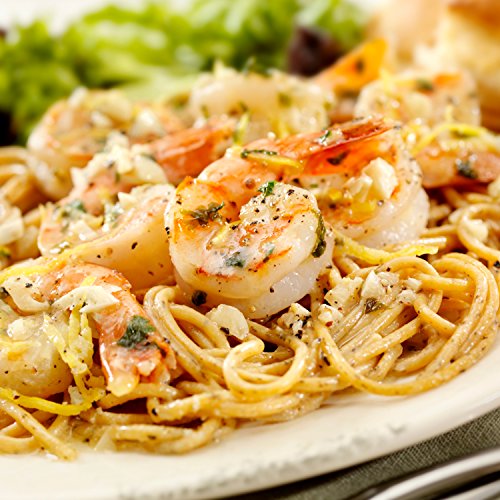 Consequences Of Eating Off Shrimp

Eating shrimp that is spoiled is likely to expose you to the dangers of suffering from seafood-based food poisoning. In particular, it may lead to shellfish poisoning meaning that you can contract either a virus or some particularly nasty bacteria. This can often result in a multitude of unpleasant symptoms and may even lead to hospitalisation or even death. In particular, some common symptoms of shellfish poisoning include:

How Long Does Shrimp Last In The Fridge? 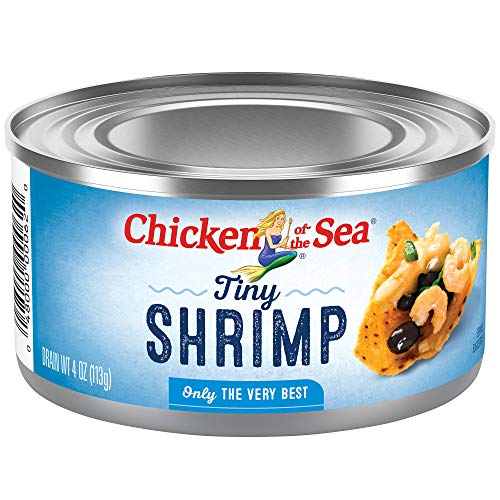 Eating Shrimp After Five Days In The Fridge

As demonstrated above, shrimp that has not been canned will typically only last up to five days when stored within the refrigerator. Of course, if you have found that you have left your shrimp in the fridge for a longer period of time you should refrain from eating it and instead dispose of it, especially if the printed date of fresh shrimp has passed. The reason for this is that you will be risking exposing those who consume it to shellfish poisoning and as such, the aforementioned symptoms.

If you plan on not eating your shrimp within a few days you may have found yourself concluding that refrigerating it will not be an ideal or safe storage solution. Naturally, when you are in such a situation, then you may find yourself wondering if you can freeze your shrimp. Fortunately, you are easily able to do this and in fact, doing so is a great way to preserve your shrimp for later. When doing so though you should be aware of how long different types of shrimp will be able to last within the fridge. As such, when freezing shrimp, you should be aware of the following lengths of time each type of shrimp will last:

How To Freeze Shrimp

When it comes to freezing shrimp the methods used to do so will vary depending on the type of shrimp that you will plan on freezing. In particular, there are two realistic ways that are often used to freeze shrimp. These each being those that are used for either freezing cooked shrimp or for freezing raw shrimp. The reason for this is that shrimp will need to be prepared in different manners before being frozen.

How To Freeze Raw Shrimp

When you are planning to freeze some raw shrimp it is important to both clean the shrimp and to immerse it in brine before doing so. In order to do so though, you should follow the steps found below: 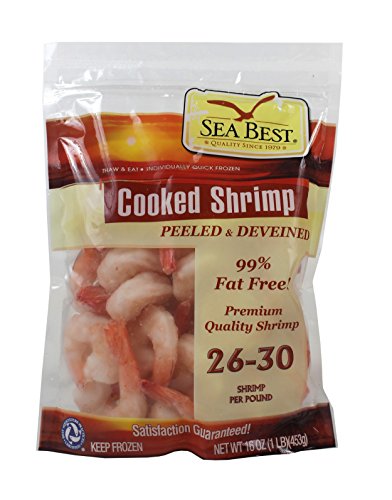 How To Freeze Cooked Shrimp

With cooked shrimp, there are a wide variety of differences in doing so when compared to the process used for raw shrimp. As such, when planning to do this, you should follow the steps outlined below:

How To Thaw Frozen Shrimp

When it comes to thawing your shrimp, fortunately, the difference between frozen cooked shrimp and frozen uncooked shrimp is less important. As such, the methods used to thaw out shrimp can be applied to both types of shrimp. Some of these include the following options:

Once the shrimp is thawed, it may be refrozen again. However, you must be careful to do so. Fortunately, we have already outlined how to safely refreeze shrimp.

Answered: How Long Can Shrimp Stay in the Fridge?

When you are wanting to store cooked shrimp or raw shrimp in the fridge you will unfortunately not be able to do so for long. The reason is that the shrimp will likely only be fresh for between two to four days. As such, when wondering how long cooked shrimp can be kept at their absolute maximum. Of course, for this task, the freezer is the best option as it can keep them fresh for around six to nine months for cooked shrimp. Meanwhile, for uncooked shrimp, it will last roughly nine to twelve months when frozen.

FAQs – How Long Can Shrimp Stay in the Fridge?

Is shrimp good after 4 days in the fridge?

When it comes to consuming shrimp that has been in the fridge it will vary in how long it stays fresh for roughly one to five days. That said though, different variations of shrimp will last longer than others in the fridge. As such, shrimp that isn’t cooked should not be eaten after four days. Meanwhile, frozen or cooked shrimp should be safe for around four days, whilst canned shrimp can last up to six or eight months.

How long can thawed shrimp stay in the fridge?

When you put frozen shrimp in the fridge it will begin to gradually thaw over time. This should take roughly one to two days. However, once your frozen shrimp has thawed it will be able to remain fresh for around four days before it becomes spoiled. However, if there are any signs of spoilage then you should refrain from eating it to avoid shellfish poisoning.

How do you know if shrimp have gone bad?

When you eat shrimp, like with any other type of shellfish, you will need to be cautious as shellfish poisoning. As such you should check shrimp for signs of spoilage before consuming them. These signs include discolouration, slimy/sticky texture, being mishappened and noticeably strong or unpleasant aroma such as that of vinegar, fishiness, sourness or that of ammonia.

Can I eat shrimp that has been in the fridge for 3 days?

When it comes to consuming shrimp that has been in the fridge it will vary in how long it stays fresh for roughly one to five days. That said though, different variations of shrimp will last longer than others in the fridge. With this in mind then shell on, cooked, frozen and canned shrimp should be safe to eat after three days of refrigeration. However, you should be wary of any signs of spoilage and refrain from eating the shrimp if these signs are present.

11 Excellent Grapeseed Oil Substitutes & How to Use Them

Why is Cinnamon Spicy and Sweet? Question Answered!

How To Sauté Garlic: What You Need to Know

How To Keep Burgers From Shrinking: 3 Ways To Prevent Shrinkage