How Long Do Frozen Pizzas Last?

Have you ever been enjoying a delicious pizza and found your eyes were ultimately bigger than your stomach? Or have you stocked up on some store-bought pizzas and thought you’ll never get through them before the expiration date? If so, you’re likely wondering, how long do frozen pizzas last?

Can You Freeze Leftover Pizza?

If properly stored, leftover pizza, either homemade or from a takeaway can be frozen for later and still be safe to eat. Frozen cooked meat which may be a topping on the pizza will shorten the potential shelf life, however. Other than this though the pizza should be fine for a while, although like most frozen foods frozen pizza will likely not be as good as it would be fresh.

Can Frozen Pizza Be Eaten After The Expiration Date?

Like most foods, from butter to bread and even lamb, frozen pizza will maintain most of its flavour and remain edible long after the expiration date. This is because the freezing temperatures of a deep freezer will greatly hamper bacteria’s ability to multiply even though they will survive freezing.

How Long Can You Keep A Frozen Pizza After Expiration?

How long a frozen pizza will remain safe to eat depends on a few factors. Mainly though, this will fundamentally come down to if it is stored properly along with the type of pizza in question. With this in mind, below we’ll compare how long the different possible options compare in optimal conditions.

Store-bought frozen pizza is a frozen food staple at this point and with good reason. This is because a store pizza can be typically be cooked from frozen. Even with frozen meat toppings, these will often be safe to eat indefinitely, although within eighteen months of expiration is probably safest.

However, after about a year past the expiration, the flavour will likely start to deteriorate. As such, you should probably eat it before then so it will still be appetising.

Typically, takeaway pizzas aren’t intended to be frozen, mainly because they have already been cooked. As such whilst they can be frozen they won’t stay good for nearly as long as a store-bought pizza when frozen.

Typically, a takeaway leftover pizza lasts between four to six months when frozen before the quality begins to deteriorate. However, if there is cooked meat, it may only last up to two months before these ingredients begin to degrade in quality.

Most of what can be said about freezing takeaway pizzas can also apply to leftover homemade pizza. Both types of frozen pizza stay at their best for roughly four to six months with this time going down if cooked meat is used as a topping.

However, a homemade pizza that hasn’t been cooked yet will likely last somewhere between store-bought and takeaway. Although, since raw meat such as uncooked ground meat is unsuitable for being a pizza topping, any meats used to top the pizza will likely deteriorate faster.

How Do You Know When A Frozen Pizza Has Gone Bad?

Whilst you can make frozen pizza last significantly longer than its expiration date, you should also be aware of the telltale signs of spoiled pizza. Many of these indicators will be signs you’ve likely seen in other foods. However, in order to be certain you know what you’re looking for, below are some signs of bad pizza.

Whilst freezer burn doesn’t necessarily mean that frozen food has gone off, it is a very clear sign that the food in question is far past being its best quality. Typically freezer burn will form on frozen food that has either been frozen for prolonged periods of time or wasn’t properly stored.

The reason this happens is that when ice crystals form on your frozen pizza, or indeed any other food stored in the freezer they will dry it out. These dried out areas will appear discoloured or in some cases look like dark and leathery patches.

Pizza that has been freezer burnt can still be eaten so long as there are no other signs that it has gone bad. However, this early sign of bad pizza will likely signify that it will have a hard and dry texture with an underwhelming flavour.

An obvious sign that any food is unsuitable for consumption is the presence of mould. This is true for pizza as well as this means there are enough bacteria for signs of them to be visible.

If you see mould present on your frozen pizza or indeed any other food you should toss it immediately. Additionally, if any food has come into direct contact with the mouldy pizza you may need to get rid of that as well. This is because bacteria can grow quickly and if unwittingly consumed will likely be a source of foodborne illness.

One of the first signs that food has gone bad is the presence of a foul odour. Often times this will smell quite sour or occasionally sickly sweet.

Like with mould, this is a very clear sign that your pizza will be off and therefore not fit for consumption. In fact, you will likely notice both mould and a foul odour present on pizza that has gone off, instead of just one of these signs.

If you do notice a foul odour, you should immediately get rid of the pizza. This is true whether there is any mould present or not.

With certain toppings, there is the possibility you will be able to tell the pizza has gone bad based on texture alone. This is because when meat, such as those used as toppings goes rancid it often takes on an unpleasant, slimy texture.

As such, even if you don’t notice any mould or a bad smell, you should immediately get rid of a pizza that has a slimy texture to it. Especially if it has meat-based toppings.

How To Store Frozen Pizza

In order to maximise the amount of time a frozen pizza remains edible past any expiration dates, it is important to store it correctly. Fundamentally, how long past the printed date a frozen pizza will be good for will mostly depend on the temperature it’s stored at, along with the containers it is kept in.

According to the United States’ department of food and drug administration (FDA), food that is kept below 0°F (or -18°C) should remain safely edible near enough indefinitely. This isn’t to say it will never deteriorate, just that it will take a significant amount of time to become completely inedible.

The reason why keeping food at these temperatures is so effective is that below 0°F, bacteria become dormant and will therefore no longer multiply, at least nowhere nearly as quickly.

However, when not below these temperatures, bacteria can multiply incredibly quickly meaning. For this reason, it is strongly recommended that frozen pizza be thrown out when left out temperatures of just 40°F (or 4.5°C). This is because bacteria can double every twenty minutes under the right conditions, making a once perfectly edible pizza, very dangerous, very quickly.

Pizzas from the store will likely come perfectly contained in plastic wrap for freezer storage. As such you won’t need to worry about doing anything extra as they can immediately be frozen.

However, the same isn’t true for homemade or leftover pizza. In this context, you’ll need to implement your own food storage methods if you want to make your pizza last. Doing so is simple enough really, as all that is needed is an airtight container of some sort.

Whether this container ends up being Ziploc bags, cling film or Tupperware containers, the purpose is the same. Delaying the spread of bacteria to your food when the freezer is opened and preventing freezer burn. 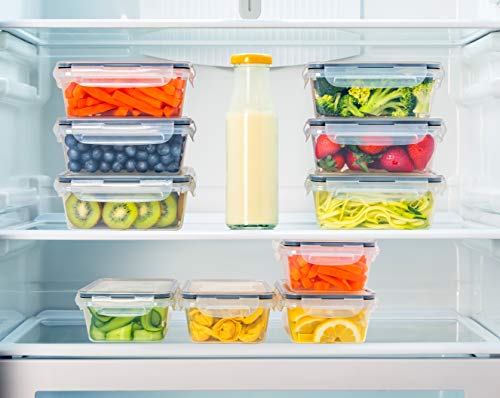 Now You Can Chill About Freezing Pizza

We’ve established now that frozen pizza can last for quite a long time when frozen and stored correctly. Typically for leftovers or takeaway pizza, this will be between four and six months, meanwhile store-bought frozen pizzas will likely last between twelve and eighteen months.

In order to maximise this time, we now know that you should keep frozen pizza below 0°F within airtight containers. However, whilst this is important for extending the lifetime of your pizza and reducing the chances of freezer burn, these will ultimately not work forever. As such it is important to keep an eye out for signs that your pizza has gone bad such a mould, an odour or a slimy texture.

Will frozen pizza go bad in the freezer?

Freezing pizza will extend the shelf life of your pizza by a significant amount, especially when stored at 0°F and kept in an airtight container. However, eventually, it will deteriorate in quality and ultimately become completely inedible. Although this will likely take a long time to happen.

Is it OK to eat expired frozen pizza?

It is perfectly safe to eat expired frozen pizza so long as there are no signs of spoilage. These signs can include mould, a foul odour or a slimy texture.

How long do frozen pizzas last in freezer?

Can you get food poisoning from old frozen pizza?

It is possible that you may get food poisoning from old frozen pizza. However, this is incredibly unlikely to happen if there are no signs of spoilage present. Signs of spoilage often include mould, a foul odour or a slimy texture.

MSG Substitutes: 8 Options to Choose From