What To Serve with Fajitas? 7 Best Side Dishes

Fajitas are a classic Mexican dish that has enjoyed wide popularity in not only Mexico but also in America, Europe and many other parts of the world. In many places, a fajita dinner will often be a dish that people will have in Mexican cuisine themed places. As such, when having them at home you may be wonder what to serve with fajitas? If so, don’t worry, we’ve got some great suggestions below

Fajita translates into English to roughly mean “little belt” as such in Mexican cuisine, fajitas are strips of food, typically meat along with peppers and onions. These will then be seasoned and grilled and served on flour or corn tortillas. Traditionally the meat served as fajitas would be skirt steak, however, other types of meat such as chicken and even pork can also be served in this manner.

The result of this is that fajitas are deliciously layered in flavours with smoky, spicy, meaty and sharp flavours along with a mix of tender and crunchy textures being present. In addition, though, various seasonings will also be used to add even more complexity and layers to the taste such as chili powder, lime juice, cumin, garlic powder, salt and pepper.

What Goes With Fajitas?

As mentioned above fajitas, like many other dishes associated with Mexican cuisine are incredibly layered and varied in the taste and texture sensations that they bring to the table. However, unlike many other Mexican dishes fajitas are not known for being an inherently rich, decadent or saucy dish. As such, they can work effectively as a dish that can be either relatively light or heavy but will always be wonderfully filling.

With that in mind then, you should pick sides that whilst still flavourful will not necessarily dominate the tastes and textures of your fajita meal. As such picking options that will emphasise your main by either mirroring or contrasting it is an excellent way to complement your fajitas.

What To Serve with Fajitas?

With the above in mind, you may be uncertain what side dishes will go well with your fajitas. Naturally, you may find the options to be quite overwhelming, however, you equally find it to be quite limiting. Fortunately though, like when deciding on side dishes for dishes such as enchiladas, there are a wide array of options that you can enjoy. Some of the best options for what to serve with enchiladas include the following options:

When after a middle-ground option between a side dish and a dip for your fajitas, refried beans are a great choice. Contrary to what their name implies, refried beans are in fact not beans that have been fried multiple times. Instead, this dish is made by first boiling and mashing pinto beans which are then, subsequently fried with seasonings along with cheese.

The resulting dish is one that has a diversity of flavours with them primarily being sweet and earthy, with the addition of cheese further diversifying things. Additionally, the texture is a wonderful combination of creamy, plump and tender.

The combination of these combined factors makes for a side dish that is incredibly layered and varied in taste texture. When paired with fajitas, refried beans will add some creaminess, sweetness and cheesiness that all perfectly contrast with taste and texture sensations present in your main dish.

When it comes to Mexican food and dips there are truly few options that are iconic than some, cool, creamy and deliciously refreshing guacamole. With fajitas, this is of course no exception as the inclusion of some guacamole in your wrap or as a side dip makes for a wonderful contrast in taste and texture sensations.

Specifically, though, reason though as the spicy, meaty, smoky and potentially even cheesy aspects of your fajitas will be contrasted wonderfully by the cool, rich and creamy guacamole. In addition, though, guacamole will also add some extra sense of freshness to the dish, along with potentially some slight tartness that bounce of all the other present flavours perfectly.

When it comes to serving guacamole with your fajitas though, you may of course be tempted to use a store-bought pack for quickness and convenience. However, when you make homemade guacamole, it will not only be more tasty and satisfying, it will also be surprisingly simple and quick to make. To make your own guacamole, all you need to do is mix and mash a combination of ripe avocados, lime juice, white onion, fresh Roma tomatoes and cilantro.

Of course whilst guacamole is an iconic dip, from Mexican cuisine, salsa is just as much so, if not even more. Truly though, salsa is something of an umbrella term type with a multitude of different types being available, each of which makes for a great side dish for fajitas.

As such, when if you’re wanting to choose some salsa as a side dish then you have a wide array of options. Each of which will provide wonderful extra taste and texture sensations that both mirror and contrast those of your enchiladas. Naturally, the classic tomato salsa will make for an excellent pairing with fajitas as well a variety of other saucy salsa options such as mango salsa or even salsa verde (meaning green salsa).

However, less saucy options such as pico de Gallo also makes for an excellent fajita side dish. This combines onion, tomatoes, jalapeno, lime, and cilantro into an easy to make homemade salsa that is busting with flavours such as fresh, tart and slightly spicy. 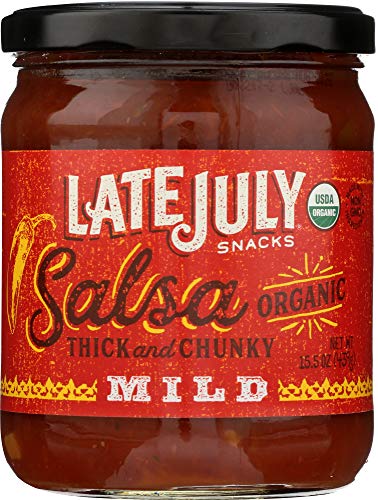 When you want a side that fulfils a similar role to chips (or crisps in the UK) to serve with your fajitas then tortilla chips make for an excellent option. This is because they add that wonderful extra crispy crunch texture and a slight light corn taste to your meal.

Additionally, though, a classic combination is to pair them with the prior two options to add even more flavours and textures to the meal and thereby create a simple side plate of nachos. Naturally, this is a match made in heaven since both tortilla chips and fajitas will pair excellently with guacamole and salsa along with potentially some refreshing and creamy sour cream.

Additionally, this staple Mexican side dish can be taken a step further with the inclusion of even more additional toppings. Some examples include melted or crumbled cheese, with one excellent option being cotija cheese or some jalapenos for extra spice.

Of course, a classic staple side dish for many a Mexican dish is of course a hearty bowl of rice. This is of course for good reason as even a simple bowl of deliciously steaming white rice can add some fluffy texture whilst not interrupting the balance of more flavour heavy or saucy dishes. However, it can also equally pair excellently with more simple dishes as well.

That said though, whilst some simple white rice, is indeed a fantastic option, some other excellent alternatives really help to maximise the flavour of your overall meal. Three great examples of this are of course restaurant-style Mexican rice (also known as Spanish rice), cilantro lime rice, and black beans and rice. Each of these makes for excellent choices though with the former both bringing unique flavours to the mix which contrast and mirror those your main beautifully.

However, in addition to the flavours and textures that grilled corn is known for, elote corn will also be slathered with a combination of sour cream, mayonnaise, lime, cotija cheese and chilli powder. As a result of this uniquely Mexican spin in grilled corn, this side will be wonderfully creamy, spicy, cheesy and zesty, alongside being sweet and smokey.

Another way to serve this delicious side though is to prepare some Mexican street corn salad. Here, instead of being grilled on the cob, the separated corn will be sauteed in some butter alongside onions, chilies, and salt. Following which it will be topped with the toppings mentioned previously along with some others depending on the cook’s preferences.

Whilst not exactly a traditional Mexican side dish, roasted potatoes are a truly delicious side dish option that pair near enough universally well with any main dish. This is of course true for fajitas as well, since pairing them with roast potatoes is as delicious as it is inspired.

The pairing of these two creates a dish that is deliciously hearty and filling that will satisfy even the largest of appetites. Additionally, though, you can give them more of a Mexican feel by seasoning them in taco seasoning before roasting. Then when serving them you should top them in similar toppings to the aforementioned Mexican street corn along with some avocado and bacon bits.

Alternatively, you can make a variation of chorizo con papas. This popular Spanish side which has means chorizo with potatoes is sure to go down a treat. This is thanks to the smokey, meaty and slightly chewy chorizo pairing excellently with the crispy yet fluffy potatoes but also alongside your fajitas.

Answered: What To Serve with Fajitas?

As shown above, when looking for a side dish to pair with your fajitas, you will inevitably be able to find a wide variety of different options available to you. As such, whether you wish to stick to the Mexican theme or go for a fusion dish, or whether you want something heavy or relatively light, there will always be options open to you.

When deciding what side to eat with your fajitas though ut should ultimately come down to your own culinary preferences. As such, when deciding on some sides for your fajitas don’t be afraid to think of the above as a springboard for your own ideas. After all, you may discover something truly remarkable. 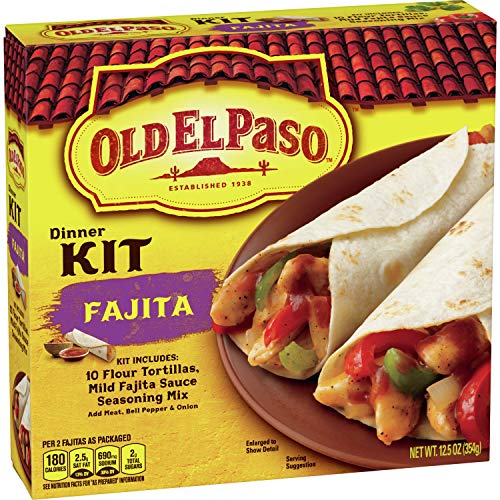 FAQ – What To Serve with Fajitas?

What usually comes with fajitas?

A traditional fajita meal will typically consist of strips of skirt steak, strips of peppers and white onions. That said though, the choice of meat is incredibly likely to vary with both chicken and pork being common choices. When choosing a side for fajitas, common favourites include refried beans, guacamole, salsa, nachos and rice.

How are fajitas traditionally served?

Traditionally fajitas will typically consist of strips of skirt steak, strips of peppers and white onions. However, the choice of meat is incredibly likely to vary with both chicken and pork being common choices. When choosing a side for fajitas though traditional Mexican side plates are most commonly seen with favourites including refried beans, guacamole, salsa, nachos and rice.

What goes on a fajita bar?

Tortillas and strips of meat, peppers and onions are the foundations for a fajita bar. However, common condiments, toppings or other extras include shredded or melted cheese, guacamole, sour cream, beans, cilantro and salsa.

What cheese goes with fajitas?

Shredded cheese of various types is a popular choice for a fajita filling. Some of the best choices in particular though include Colby Jack, Cotija, Manchego and Queso Fresco,

Can You Eat Grits on a Keto Diet?