Everyone knows what mashed potatoes are, after all the clue is in the name. This delicious potato dish is incredibly hearty. delicious and enduring staple food that is enjoyed all over the world. Naturally, a bowl of creamy mashed potatoes will often be eaten alongside something else though with this other foodstuff often acting as the main star. However, if you don’t have them all that often you may want some suggestions for what to serve with mashed potatoes.

How To Make Mashed Potatoes

As mentioned above, mashed potatoes are pretty ubiquitously known. However, not everyone necessarily knows how to make them or at least not in a truly delicious way. Now some people may argue about the desired consistency of mashed potatoes since some want them silky smooth whilst others prefer them to be lumpy to various degrees. That said, no matter the consistency you desire the following steps for four portions worth of mashed potatoes can help you achieve it:

What Goes With Mashed Potatoes?

Mashed potatoes are truly an incredibly simple yet versatile dish. Often they are not the star of the show of any dish they’re included in. However, they will play an important role as a sort of foundation that balances and contrasts the dishes it is served alongside.

Often mashed potatoes will be served alongside rich, meaty or sauce heavy dishes that are full of flavour. By comparison, the mash provides a creamy yet hearty side with a distinct earthy potato taste. Whilst, this can be delicious alone it is often enhanced by the juices or sauces from other aspects of the meal.

What to Serve with Mashed Potatoes?

When it comes to dishes that you can eat mashed potatoes with, the options are quite varied. However, as mentioned above, unlike when deciding what to have with tandoori chicken, mashed potatoes will more often than not be the side dish rather than the main. With that in mind, some great dishes to serve with mashed potatoes include the following options:

This option is especially delicious when topped with gravy that can be made simply from the juices left from frying the chicken.

Alternatively for a slightly healthier version of this dish though, you may wish to roast the chicken in the oven instead.

Cordon bleu is a dish that is made with meat wrapped around cheese, following which it will be breaded and pan or deep-fried. The result is a dish that is tender, cheesy, slightly decadent and ultimately delicious.

A variation that goes particularly well with mashed potatoes, however, is chicken wrapped around ham and swiss cheese. The result is a wonderfully crispy breadcrumb exterior along with wonderfully tender chicken, creamy melted cheese and juicy ham.

A staple of Christmas and thanksgiving dinners is of course turkey that after being stuffed is roasted and served with all the trimmings. However, in particular, mashed potato makes for a wonderful accompaniment when served with turkey and stuffing.

In particular, when stuffing the turkey a mixture of chopped onions, sage, celery, carrots, chestnuts, bacon, raisins, apples, and cranberries makes for a diverse array of flavours.

The result when served with cranberry sauce, mashed potatoes and gravy is an assortment of unique flavours. Here a blend of sweet, salty, sour, creamy and savoury meat harmonise in a way that is truly incredibly special.

Pork chops are about as versatile as they are meaty and delicious. Whether on or off the bone they can either be grilled roasted or fried. Additionally, they can be seasoned or marinated in a myriad of scrumptious ways.

No matter how you choose to season or marinate your pork chops an accompaniment of mashed potatoes makes for an excellent side. However, a simple yet effective choice will always be to use a simple light seasoning and serve the chops and mash alongside some green beans and a thick homemade gravy.

Perhaps one of, if not the most iconic combinations of food are the classic English bangers and mash, or sausages and mashed potatoes to the rest of the world. This combination provides a wonderful contrast between the fluffy and creamy mashed potatoes and the meaty and smokey sausage.

The sausage fillings that work for this can vary wildly, however, the most popular option tends to be a pork sausage. Especially so when served with onion gravy as this adds gravy which goes wonderful with both gravy and sausage, along with the added taste and crunchy texture from the onions. 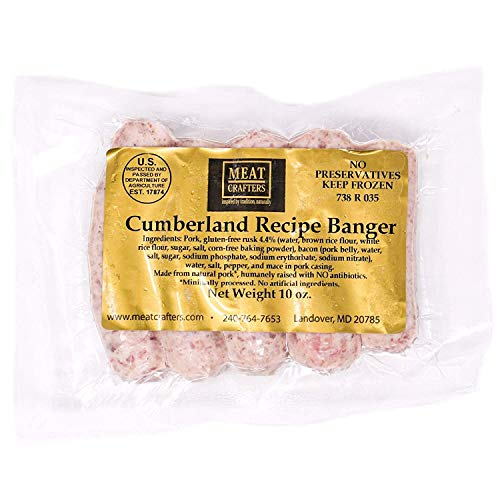 Another classic example of British cuisine is the shepherd’s pie. The basic premise, as we all know is that a layer of minced lamb, onions and gravy are covered in a top layer of mashed potatoes and baked. Additional ingredients are often added as well such as carrots and peas with the mince or s sprinkling of cheese on top of the mashed potatoes.

The combination is a dish that is delicious, hearty and very comforting. Especially so on a cold day or when you’re under the weather.

Of course, for it to be a true shepherd’s pie, it must be lamb mince. That said though variations with other types of mincemeat do also exist such as cottage pie which uses beef mince and swineherd’s pie that uses pork mince.

The beef welling is a wonderfully indulgent but delicious beef and pasty based meal. In particular beef tenderloin (or fillet) is often used along with puff pastry. That’s not all though as before the beef is wrapped in pastry it will also be wrapped in prosciutto (or an appropriate substitute), foie gras and mushroom duxelles.

The result of this elaborate preparation is a dish teeming with an assortment of textures and tastes. These include the umami flavour from the mushrooms, the smoked and salted pork, the crispy pastry and of course the juicy beef itself. All of which pair excellently with the smooth and creamy mashed potatoes.

For a simple yet incredibly delicious meal, there are few things better than mashed potatoes and corned beef.

Corned beef is simply beef that has been cured in a salty and spiced brine in order to give it extra flavour. As such it is often used as the centre point of meals such as sandwiches or with pasta.

As such, the mild taste and creamy texture of mashed potatoes make for an excellent accompaniment for this salty meat.

This hearty, fabulously flavourful and incredibly warming Russian dish is incredibly popular all over the world and with good reason. Its intense and rich tastes and diverse array of textures offer a feast of variety when eaten.

Traditionally, the core ingredients of this dish will be thin and tender beef, sauteed mushroom, onions, beef broth and sour cream. However, another popular addition to this dish is the inclusion of mustard.

Often this delicious dish will be served alone or atop rice or pasta. However, when served with mashed potatoes it truly is a match made in heaven as the mash wonderfully soaks up the excess sauce and makes for a wonderfully creamy but substantial dish.

Similar to a hamburger patty or meatloaf, salisbury steak is very much an American staple dish. This ground beef steak is often served with brown sauce or gravy. With the latter often being onion gravy.

As such, like with grilled sausages, a salisbury steak will pair excellently with mashed potatoes due to the contrast of ground meat taste and texture of the steak, and the creamy and mild ones of the mashed potatoes. 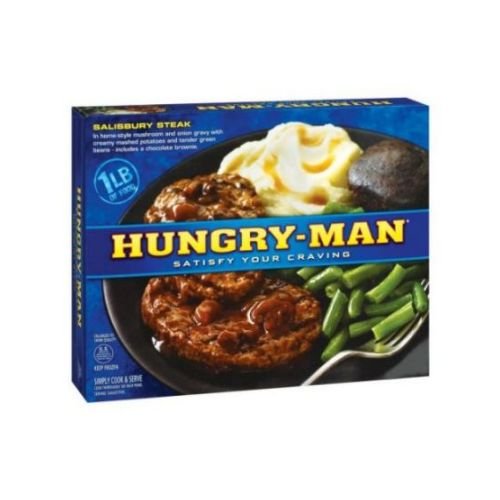 A classic pairing with mashed potatoes is of course meatloaf. This dish a very much an American staple, although it is also popular in other countries around the world.

Meatloaf is made from ground meat, typically pork, beef or chicken (although seafood versions exist as well), along with eggs, breadcrumbs and seasonings. This mixture will then be shaped into a loaf shape and baked.

Once baked, the meatloaf will then often be coated in sauce or gravy as this helps the structure to stay moist and not crumble. This is also why mashed potatoes pair so well with meatloaf since they add an extra layer of creaminess to this dish.

Like with meatloaf, fish cakes are often made with eggs breadcrumbs and seasonings mixed with some kind of seafood meat. Some common ones are cod, salmon and angelfish, although crab cakes are also a popular variation.

These will can be cooked in a variety of ways, although how specifically will mainly depend on the type of fish used. Typically though, this will involve frying or baking them.

When served with mashed potatoes the contrast between the crispy fish cake texture and creamy mash is truly delectable. Additionally, though, the seafood tastes will further be complemented with an added dollop of tartar or seafood sauce.

For a wonderful accompaniment to mash and any meat, you choose to serve with it, look no further than green beans. In particular, when served with almonds and seasoned with garlic and salt these will really add that extra touch of brilliance to your meal.

This is because the green beans provide a fresh earthy taste and crisp texture. Meanwhile, the nuts add crunch, whilst the garlic and salt further enhance the flavour.

Another side that pairs wonderfully with near enough anything is an assortment of roasted vegetables. When paired with meat and mashed potatoes, or even just the latter, they make for a wonderfully well-rounded meal full of a variety of different tastes and textures.

In particular, a selection of root or green vegetables is an excellent choice. However, for a nice mixture then carrots, zucchini, onions, mushrooms, and maybe even potatoes drizzled in balsamic vinegar and sprinkled with garlic, salt and pepper before roasting will come out wonderfully.

Answered: What to Serve with Mashed Potatoes?

Mashed potatoes are a wonderfully versatile and delicious dish that can accompany all sorts of other dishes. Whether, it’s shepherd’s pie, beef stroganoff, fried chicken or fish cakes, truly anything can work with this wonderful potato-based dish.

As such, if wanting a particularly hearty and comfortable meal, you’ll definitely want to include some mashed potatoes on your plate.

Do macarons need to be refrigerated?

Can You Eat Honey On A Keto Diet?

What is a dark soy sauce substitute?