What to Serve with Tandoori Chicken? 9 Delicious Sides

The deliciously juicy tandoori chicken (or tandoor chicken) is a staple Indian meal and one of the most loved dishes in both India and the United Kingdom, along with many other regions around the world. If you’ve never experienced the wonders of this dish or aren’t and just aren’t sure what to serve alongside it, don’t worry. Below we’ll go through what to serve with tandoori chicken and everything you need to know about this dish.

What Is Tandoori Chicken?

As mentioned above, tandoori chicken is one of India’s most popular chicken dishes, though it also has roots in Western Asia.

Traditionally, the tandoori chicken recipe will involve cooking marinated chicken in a special clay oven known as a tandoor. That said though, tandoors are often not commonly seen in regions such as Europe and America, as such many westerners when trying their hand at making tandoori chicken will likely use a piping hot oven or the grill instead.

Typically, chicken leg or bone-in thighs will be used for tandoori chicken as opposed to chicken breast (although these are sometimes used as well). This is because these cuts tend to be more plump and juicy. Additionally, the bone will also enhance the taste even further.

Additionally, they will usually be marinated in a variety of herbs and spices in order to further enhance the taste. This marinade can vary slightly from place to place. However, a common version will include garam masala, Greek yoghurt, red chili powder (or paprika/cayenne pepper powder), grated ginger, crushed garlic cloves, ground cumin, turmeric and sometimes lemon juice. 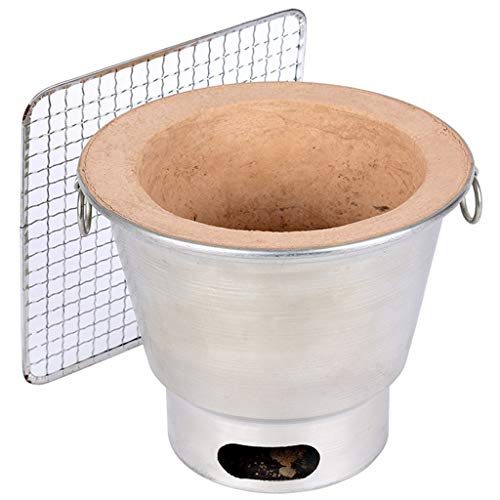 What Goes With Tandoori Chicken?

Tandoori chicken is a wonderfully flavourful and delicious chicken recipe thanks to the combination of flavours from the seasonings used, along with the meat itself. As such to contrast the variety of smokey, spicy, sweet, earthy and juicy flavours a simple side dish option is usually your best bet.

Naturally, these will still have flavours of their own which will pair well with the tandoori chicken. However, many of the sides that are typically enjoyed with tandoori chicken are those that provide more of a texture-based contrast.

What To Eat With Tandoori Chicken

With the above context in mind, you may be wondering what you should actually eat with your tandoori chicken. Fortunately, like when considering what to have with chicken piccata, you have a variety of options to choose from when trying to find some good ideas for what to pair tandoori chicken with. Some examples of excellent options can be found below:

Naan bread is a type of Indian flatbread that is made using yoghurt as a core ingredient. As such, along with being wonderfully flavourful and often deliciously charred, naan will often be very soft and fluffy.

Each of these descriptors compliments your tandoori chicken well since some will contrast with your main, such as fluffiness meanwhile the shared charred characteristic provides some synergy between the two.

Many variations of naan exist which provide unique extra tastes. For example, garlic and coriander is a popular option. However, a keema naan made with spiced lamb or goat meat filling makes it more substantial. Meanwhile, the nut, coconut shaving and raisin filled peshwari naan makes for a sweeter and even more fluffy variety.

Another type of flatbread common in both Indian and also Middle Eastern cuisine is pita (or pitta) bread. Unlike naan which uses yoghurt and egg yokes, pita will typically be made using wheat flour, yeast, water and salt and olive oil.

The result is a flatbread that is much thinner and leaner than naan that is quite soft and slightly chewy. Usually, it will not be heavily flavoured, however, it may contain a “pocket” inside which fillings can be inserted. As such, an excellent way of eating these with tandoori chicken is to use them to make wraps.

A classic side dish with a variety of Asian cuisine is of course rice, with Indian cooking being no exception. Rice is wonderful for adding additional flavour and texture to a meal, along with making it more hearty without being too overwhelming.

When serving rice there are a lot of options at your disposal with how you do so. Basmati rice and pilau rice are great options for something light and simple. Meanwhile, if you want something more substantial and elaborate then incorporating your tandoori chicken into a biryani is an excellent way of doing so.

Raita is a wonderfully delicious and creamy side dish that is often used as an accompaniment to other foods in Indian cuisine. If you’re unfamiliar with Indian cuisine but eat Greek food regularly then a common comparison is between raita and tzatziki.

Like tzatziki two of the main ingredients in raita are yoghurt and uncooked cucumber. However, the raita will also typically include other uncooked vegetables such as onions and occasionally some fruit. Additionally, raita uses a much thinner type of yoghurt than tzatziki meaning it has a somewhat more watery consistency.

If you’ve never tried samosas, then that is something you need to urgently change. These wonderful pastry parcels will be filled with a variety of different seasoned ingredients from aloo to spiced potatoes or other mixed vegetables to meat such as chicken and lamb.

These will then be folded into various shapes. Most commonly this will be a triangle, however, cones, half-moons and other shapes are also commonly seen. Once prepared they will then be baked or fried until deliciously crispy on the outside whilst the ingredients within are typically wonderfully tender.

Like samosas, another classic Indian appetiser is the onion bhaji. These are essentially onion fritters made from coating onions in a spiced batter and then frying (or deep-fried) until golden brown.

The results are spectacular with the bhaji being one of the most popular street food items in India along with being a popular part of Indian cuisine around the world. This all being thanks to their delicious spiced but slightly caramelised onions and wonderfully crunchy texture.

Now, obviously french fries (or chips to the English) are not exactly a traditional part of Indian cuisine. However, it’s rare to find something that a side of fries isn’t at least decent alongside.

Naturally tandoori chicken is no exception and in fact, the two go exceptionally well together due to the wonderful addition of crispy yet fluffy textures that the fries add to the dish. Along with the delicious fried potato taste.

If after something simple and light when eating this delicious dish then why not try a tandoori chicken salad?

When chopped into bite-sized pieces and served on a bed of vegetables including cucumbers, onions, lettuce and tomatoes this makes for a wonderful salad. Especially, so when topped with a deliciously creamy cucumber based yoghurt such as the aforementioned raita.

Answered: What to Serve with Tandoori Chicken?

When deciding what to eat with tandoori chicken there is truly a wide breadth of options to choose from and truly the above only scratches the surface.

That said if you want something light then a raita or a simple salad is a great option. Meanwhile, for something heartier, some rice, french fries or naan make for wonderful options.

Whatever you pick though, tandoori chicken, like butter chicken or chicken korma is a wonderful example of Indian cuisine that can be enjoyed in a number of ways. With that in mind, it’s time you started experimenting.

FAQ – What to Serve with Tandoori Chicken?

What is tandoori chicken best served with?

Tandoori chicken can be served with a variety of different dishes. For example, it may be served with other Indian dishes such as biryani or naan bread or with less traditional options such as French fries.

Tandoori chicken is quite a healthy dish due to its low fat and calorie count. Meanwhile, it is quite rich in lean proteins. As such, it is a healthy but flavourful option for those who are conscious of their health.

What gives tandoori chicken its flavor?

The flavour of tandoori chicken comes primarily from the marinade that is used on it. Whilst there is some variation a typical tandoori marinade will often include garam masala, greek yoghurt, red chili powder (or paprika/cayenne pepper powder), grated ginger, crushed garlic cloves, ground cumin, turmeric and sometimes lemon juice.

Which is healthy grilled or tandoori chicken?

Both grilled and tandoori chicken are incredibly healthy ways of eating chicken, especially so when the latter is also grilled. This is because very little cooking oil is required for grilling to work and most of the nutrition of the chicken is retained.

What To Serve With Perogies? – The 15 Best Pierogi Side Dishes

Couscous vs quinoa: What’s the Difference?

How long do Hershey’s kisses last