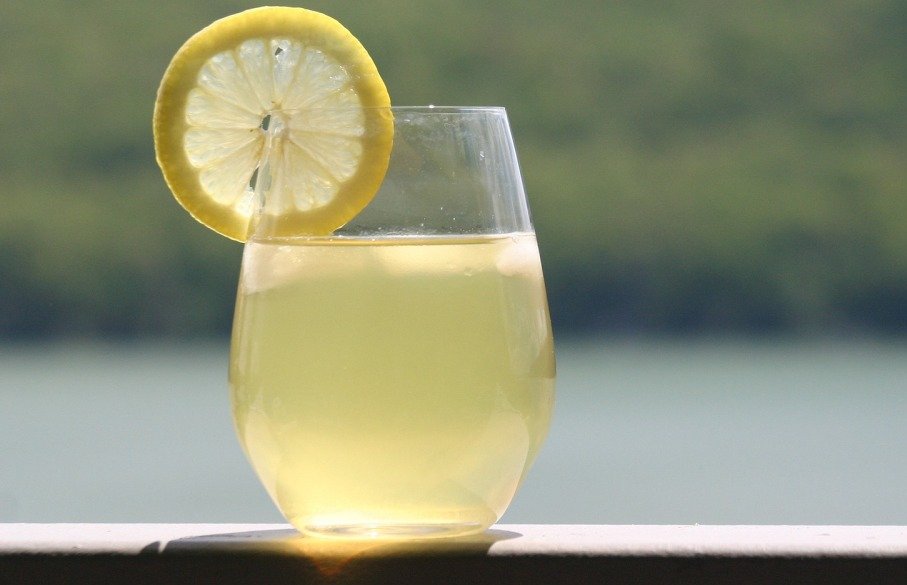 Lemonade or Limonade is a cold drink made of lemon juice, water, and sugar. It can be sparkling or not depending on the country where it is consumed. Traditionally, lemonade is sparkling, citronnade is non-sparkling, although the term Limonade is most commonly used.

1. Heat water in a kettle or saucepan.

2. Cut the ends of the 2 lemons, then cut into slices not too thick. Squeeze the third and keep the juice.

3. In a bowl, pour the sugar and sliced lemons. Mix well, then pour hot water.

4. Infuse washer lemons in water, then add the lemon juice to the mixture.

5. Once the water has cooled, squeeze the lemon slices in order to recover the pulp.

6. Pour into a jar or a bottle, and reserve in the refrigerator.

The term is a derivation of lemonade, lime, and fruit of the lemon tree. Lemonade, non-carbonated, is among the oldest beverages sold, dating back to at least the seventeenth century. In Paris in 1676, a company called Companies des Limonadiers was formed and granted monopoly rights to sell lemonade, the sale was made into cups from tanks carried by merchants called limonadiers.

In Australia, New Zealand, the United Kingdom, Switzerland, and France, the term refers mainly to a colorless beverage, carbonated, sweet flavored with lemon. It is similar in taste and appearance to beverages such as “7 Up” and “Sprite”. In fact, these two drinks are called lemonade in Australia and are designated as such on cans and bottles.

The American drink called lemonade exists in the UK as a “house drink” (called traditional or cloudy lemonade) but is rarely sold commercially as such. In Britain in the 1970s, lemonade was not considered a glamorous product. This was deliberately parodied in a television commercial for “R.White ‘s.” This ad was a success and lasted nearly a decade, but much later, the revival of the campaign was less successful.

In India, lemonade (Nimbu Pani) refers to a non-carbonated beverage, a mixture of (among other ingredients) lemon juice, sugar, and water that may or may not contain rock salt.

Ireland and carbonated lemonade are divided into white and red lemonade. White lemonade equates to the lemonade common in many countries, while red lemonade is “lemonade” peculiar to Ireland, to taste different from white lemonade, it is either drunk alone or added to Whisky.

In Switzerland, lemonade is formally defined as a drink containing or not carbonic gas, prepared from potable water or natural mineral water and fruit juices or flavors, with or without the addition of sugars, caffeine, or quinine.

In France, the Article L. 3321-1 of the Code of Public Health says lemonade drinks are in the first group (soft drinks). French regulations date the lemonade chapter to 1943.

Many manufacturers have taken up the recipe and increased the sugar content to incorporate them into their ranges of sugary drinks. The best-known brands of lemonade and lemonade are “7 Up”, “and Sprite”.

Other trademarks, such as “Lorina” (home Geyer in Munster Moselle), and “The Delicious” (from Brasserie d’Olt Aveyron) are traditional versions of lemonade with fine bubbles, natural flavors, and slightly sweet.