What is Molecular Gastronomy? 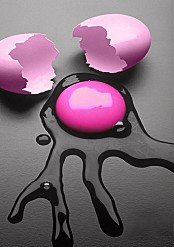 In 1988 was formally established a scientific discipline that has been called “molecular gastronomy”.

It is about achieving a scientific molecular cuisine, not to be confused with molecular gastronomy, which is made by scientists and non-cooks!

It must be remembered here that the term “molecular gastronomy” is perfectly chosen to designate a scientific activity as described here. Indeed, the word “gastronomy” is actually a “rational knowledge”, not fine cuisine. But molecular gastronomy, a scientific activity is a “rational knowledge” and is “molecular”, as is the molecular biology, in that it considers the molecular aspects of culinary transformations.

In short, it is a mistake to say that some cooks make molecular gastronomy, they can only do the “molecular gastronomy” (an unfortunate expression, but imposed by the circumstances), or better, cooking note to note, since this is the future of cooking.

Let’s conclude by recalling once again: molecular gastronomy is the scientific research activity mechanisms of the phenomena that occur during the production and consumption of food.

Jean-Anthelme Brillat-Savarin defined gastronomy in 1825, in his book The Physiology of Taste “Gastronomy is the reasoned knowledge of all that relates to the human being as he eats.”

The Big Difference Between Quick Breads And Yeast Breads