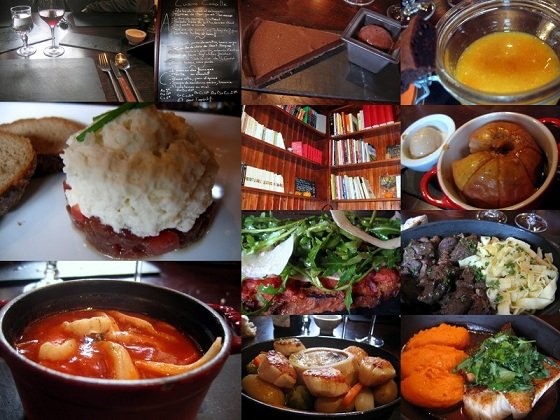 Since the lawyer Brillat-Savarin, from the department of Ain, preferred gastronomy to pleadings, the region has continued to increase its reputation. Cooking is an art here. Its distinctive character lies in the synthesis of bourgeois cuisine, haute cuisine and the bouchons, authentic guardians of tradition that perpetuate popular cuisine. Its mastery, it is due to the richness and quality of the exceptional variety of local products in the Rhône-Alpes.

It is the first region in number of Protected Designation of Origin (AOP), it has about sixty. The diversity of soils also brings a great richness in the production and in the types of wines … depending on their location and their particular characteristics.

Through its land and its products, the Rhône-Alpes region had to climb into the top tier of star-rich regions: second region of the star gastronomy in number of cumulativestars, third region in number of starred restaurants (4 four-stars, 18 two-stars) … Many chefs who settled there (68 recognized and rewarded by the famous Michelin Red Guide) … in Lyons, world capital of gastronomy.

In Rhône-Alpes, which owes much of its reputation for “mothers”, to Vettard, Nandron Lacombe father and son, a Paul Bocuse, universally known (three-star restaurant in Collonges-au-Mont-d ‘Or, to brasseries in Lyon, to Piette Orsi and others, younger. The region has long been poor and not fed every day at the time of weavers, but it is at a crossroads of major routes, welcomed many foreigners, and has experienced considerable economic growth. At Lyon, there was not a lot of other things that bugnes, Paul Boccuse noted with humor, but the products come from everywhere when there are customers able to pay.

In the Dauphiné, the dauphinoise kitchen has its roots in both Mediterranean and Alpine tradition, which gave it specifics of its own such as the frequent use of olive oil or nuts.

With restaurants, brasseries and bistros of Lyon, which is often proclaimed world capital of gastronomy, and sixty establishments Michelin-starred in the region Rhone-Alpe, its prides itself on being a great gastronomic region counting five chefs honored with three stars in France, which is regarded as the supreme distinction.

The region is one that is characterized by the diversity of its production and the wealth of many areas.

In the Ardeche and Drome, there is southern cuisine that is offered with many olive based products or herbs (Drôme department is the largest producer of aromatic and medicinal plants).

In Lyon, in the famous “bouchons”, typical restaurants, the menu is often composed of a salad with sausage, and smallgoods, meats and “cervelle de canut”, all washed down with a “pot” of Beaujolais or Cote du Rhone.

Mountain cheeses are present, you will be served traditional tartiflette (a specialty of Haute-Savoie based on potatoes and Reblochon cheese) or farcement (potato cake with bacon and prunes). All preparations of chestnut (cousina, Castagnou …) will be tasted in Ardèche, leader in the production in France. In Isère, the gratin is the upper hand with the Bleu du Vercors-Sassenage, while in the Drome, are the ravioles from Romans. The table is a veritable institution in the Ain with the famous demi-deuil chicken of Georges Blanc and sugar galette of Perouges.

The chapter of wines is important. The vineyards of the Cotes du Rhone are in its northern stretch along the valley, and south of Lyon (AOC Condrieu, St. Joseph, Cornas, Cote-rotie, Hermitage, etc.). The Beaujolais offers 10 wines with AOC (appellation of origin controlled) Morgon, Brouilly, Fleurie, Juliénas. Savoy wines, Bugey, wines of Ardèche (Vivarais Coast), the hills of Tricastin, Côtes du Forez and Coast Roannaise complement the wine table from Rhône-Alpes.

The region is not brewing in the manner of Alsace or the North, but has, like others, many craft microbreweries. Some develop beers flavoured by local products: chestnut, blueberry, walnut, “the glacier water” in the Alps or the wormwood!

And to accompany these dishes, the water is not left aside in the Rhone-Alpes: Evian mineral water, sparkling water of Thonon, Vals or St. Galmier (the Badoit!). Rhône-Alpes is the leading producer of mineral waters and the region accounts for more than 30 kinds of mineral waters.